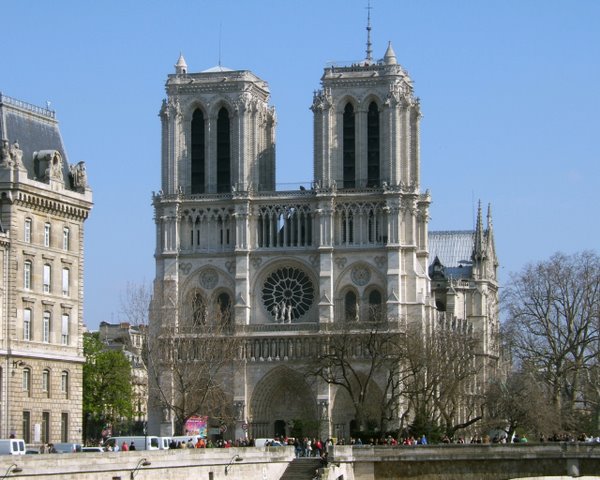 Paris is one of Europe's most popular destinations. Not only does it have numerous attractions of its own, it is also convenient for nearby Eurodisney. Accommodation is plentiful with a huge range of hotels and places to rent. As a city it is so complex, nuanced and intricate that few people can claim to know it thoroughly - all the more because a large proportion of its inhabitants were born elsewhere in France and even further afield.

A long history of absorbing outsiders has given the city a special character, presenting an almost haughty sense of superior culture with a simultaneous tolerance of individual differences.

Paris is over 2000 years old, owing its existence to its location in and around the river Seine, supposedly where mammoths migrated across Europe. Its Gallic predecessor was recorded by Ptolemeus as Leukotekia. The present city was focused on the Île de la Cité, an island in the Seine, and takes its name from the Parisii, the Gallic tribe that inhabited the area from the 3rd century BC. In Roman tines it was known as Lutetia Parisorum, with wooden bridges built after the Roman conquest to present-day Rue Saint-Jacques. It was renamed Paris during the reign of Julian the Apostate (360-363).The Roman city was based on the slopes of a hill above the Left Bank of the Seine - an area now known as the Latin Quarter.

Modern Paris grew from an offshoot of the Île de la Cité during the Merovingian period. In the 6th century the Frankish king Clovis established a palace and a cathedral was built in the 10th century. This was replaced from 1163 when construction of the cathedral of Notre Dame de Paris began under the auspices of Bishop Maurice de Sully. Notre Dame has been an inspiration for artists throughout (probably) its entire history and continues to be the subject of innumerable sketches, daubes and serious paintings. No tourist can escape without a souvenir of its iconic image.

The Paris we are familiar with today dates from the period of the Second Empire of Napoleon III when Baron Haussman, prefect of the city, reconfigured the French capital. Cramped medieval streets and houses were cleared and replaced with wide boulevards and new buildings with neo-classical facades. This was not done simply to increase the grandeur of the city (which it did) but also made it easier to bring in the military to crush any street barricades and demonstrations that had become something of a tradition. The end of the 19th century brought more familiar monuments such as the Eiffel Tower and the Paris Metro system.

Together with its historical heritage and fine architecture, Paris is also typified by culturally-rich gardens with a variety of stylistic influences. Paris claims no fewer than 465 parks and 484,000 trees in those parks, along streets and roads, schoolyards and walkways. This makes walking, cycling (there is a citywide bicycle rental scheme) or roller-blading a pleasure.

Parisian neighbourhoods also have their small public gardens known as squares. They are sometimes difficult to spot, consequently some are busier than others. These squares can be described as oases of greenery. They are popular both with Parisians and visitors, particularly at lunchtime, as well as children and romantic couples.

The river Seine runs for 13km through Paris, crossed by 37 bridges. The most recent built was the passerelle Simone-de-Beauvoir (July 2006), linking the parc de Bercy on one side of the river to the square fronting the Bibliothèque nationale de France in the 13th arrondissement. This is the fourth bridge for pedestrians, cyclists and skaters - the others being the passerelle des Arts, the passerelle Debilly and the passerelle Senghor.

Paris is famous for outdoor art dotted around public spaces in the city. They include famous items such as Burens columns in the gardens of the Palais-Royal and little-known artwork such as the 135 Arago medallions set into the ground along the Paris meridian by Dutch artist Jan Dibbets. Alongside the Pompidou Centre, the Stravinsky fountain (designed by Niki de Saint Phalle and Jean Tinguely) squirts playfully, while Auguste Rodins statue of Balzac is a landmark in the boulevard Raspail. 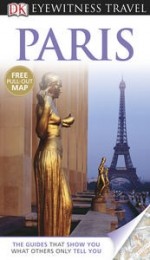 Paris (Eyewitness Top 10 Travel Guides)
Rosemary Bailey, Katherine Spenley, Alan Tillier
Whether you are travelling first class or on a limited budget, this Top 10 guide will lead you to the best of Paris. Dozens of top 10 lists - from the top in haute couture to the top 10 restaurants, hotels and museums - provide the insider knowledge no visitor should be without. Included are hundreds of colour photographs and detailed maps.
More information and prices from:
Amazon.com - US dollars
Amazon.ca - Canadian dollars
Amazon.co.uk - British pounds
Amazon.de - Euros
Amazon.fr - Euros