Capital of Greece, this is a great destination for the visitor. Tourist Athens includes the ruins of classical Greece, after all the image of Athens - home to the Parthenon is iconic For lovers of Greek cuisine there is a great choice of basic tavernas and sophisticated restaurants. Museums and smart shopping make Athens an all-year destination.

A Guide to Valencia 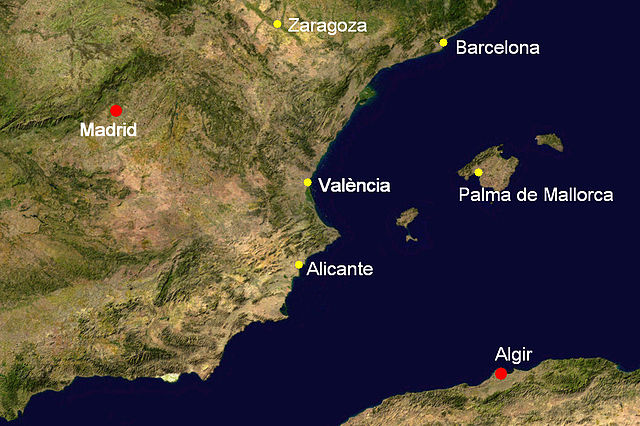 If you can't choose between a city break and a beach holiday you don't have to when you visit Valencia.

The city of Valencia is situated on the banks of the Turia River, where it meets the Mediterranean Sea; to the north is the Costa del Azahar and to the south the Costa Blanca. Valencia has a subtropical climate with mild winters and long hot summers, August being the warmest month. To the south of the city is Albufera, a large saltwater lagoon and estuary, which is part of the Albufera Nature Reserve. The area here is of cultural, historical and ecological significance and a wonderfully wild place to visit so near to a metropolitan centre. Visitors can take advantage of sunset boat trips which offer a unique experience in this beautiful environment. With a population of 2.3 million Valencia is the 3rd largest city in Spain and although distinctively Spanish it has a feel and vibrancy all of its own; with its own regional language Valencia has a strong cultural and regional identity.

Valencia was founded as a Roman colony and has a long and interesting history; as a result fabulous architecture abounds from Valencian gothic to modern. Striking medieval architecture includes the Cathedral, the Basilica of the Virgin and the Llotja de la Seda (The Silk Exchange Market) which is now a UNESCO World Heritage Site. The innovative City of Arts and Sciences is an incredibly dramatic modern complex and includes within its walls the largest aquarium in Europe, an opera and performing arts centre, a science museum an IMAX cinema and a planetarium.

There is a vast array of museums in Valencia, 34 at the last count. The collections and subjects vary from traditional Valencian ceramics to bullfighting and from ethnology to pre-history. The art galleries of Valencia exhibit many significant works from the 14th Century to more recent contemporary art. There are also many traditional festivals in Valencia, the most significant and renowned being Las Fallas, the spring festival held throughout March. Las Fallas is an exhilarating experience of traditional fireworks, music, art and culture.

Valencia also has a proud sporting history, especially in football with its legendary football club Valencia C.F., as well as being the current hosts of the European Formula One on a street circuit, in the fine tradition of Monte Carlo.

Finally after soaking up the atmosphere in one of Valencia's plaza's visitors can participate in its varied and exciting night life.

Unsurprisingly Valencia has a strong regional cuisine, which has in turn influenced the distinctive gastronomy of Spain as the very traditional Spanish dish Paella originated here. Valencian food is healthy and simply prepared with fish and meat playing a large role. From the Islamic Moorish tradition sweetmeats are a local speciality. Valencia is known throughout the world for its fine wine and there is a local drink called Valencia Water which is a mix of orange juice and sparkling wine.

There are a variety of options to suit every visitor's situation and budget, for example Valencia boasts several 5* hotels as well as a variety of other hotels and hostels.