3% of Children Not Genetically Related to Assumed Father 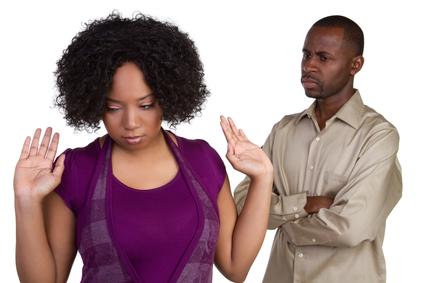 Paternity has never been an easy question for couples to answer, especially if doubts already exist about fidelity and honesty. Paternity questions have made great headlines for bad TV, and with developments in DNA testing, answering paternity questions has become as easy as, well, taking a pregnancy test.

Although infidelity is a difficult subject to get hard numbers on, because of the inherent secrecy of the act, research suggests that about 2 percent to 3 percent of children are not the biological offspring of the father.

An AP poll showed that roughly 14 percent of women have had an affair at least once in their married lives, and because it is relatively simple to pass off one man's child as another's, there may be many men out there raising children who are not theirs.

The obvious difference between cheating men and cheating women is that for women, the maternity of the baby is never in question. In cases of infidelity, men cannot be as certain. According to AshleyMadison.com, a dating site for people looking to cheat on their spouses, the number one indicator that a spouse is having an affair is spending more time away from the house.

Take It From This Guy

Ed Young, one of the authors of "Sexperiments," has a few warning signs for people looking to avoid an extra-marital affair.

During a time of transition, after pregnancy for example, during a time of loss, maybe you just moved somewhere, we are susceptible. Marital drift can happen, apathy, laziness, he said. Young also warns against the idea that it can never happen to me. Good people sometimes do bad things, and Young claims there are signs that occur before an affair.

A person's emotional history can be a precursor to infidelity. If there was abuse, or if the child saw their parent being unfaithful, they may have affairs later in life. If your partner begins spending a lot of time with another person, outside the home, like dropping by their office constantly, making excuses to visit them at work, these are signs of an affair. While it may not have happened yet, an affair could be on the way.

And finally, if one partner begins comparing the relationship to another person's relationship, that is a bad sign. According to Young, the popular pastor from Texas, because your partner is seeing the other person in a lustful way, they will always see an idealized version of them, not the real deal.

Thankfully, because of DNA-testing and modern medicine, it is now much easier to discover if your partner has been unfaithful. With a high degree of accuracy (99 percent), DNA-based paternity testing takes the guesswork out of who fathered the child.

Isabella Jimenez Isabelle teaches ESL at the middle- and high-school levels, as well as community college and university levels. She was the editor-in-chief of an online Spanish-language magazine until launching her freelance career.