The lost garden at Campsea Ashe 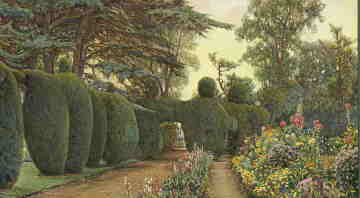 James William Lowther (1855-1949), speaker of the House of Commons between 1905-1921 (later the first Viscount Ullswater) and his wife bought the High House and its estate at Campsea Ashe in 1882. They spent years developing the garden which seems to have been considerably influenced by the work of Gertrude Jekyll. 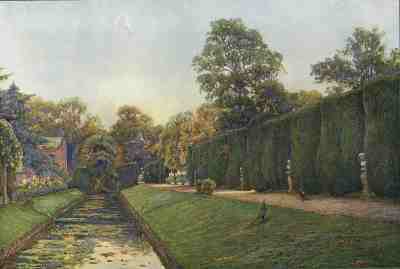 The Great Hedge at Campsea Ashe, Suffolk
from a watercolour by E. Arthur Rowe (died 1922)

The garden featured long stretches of water, avenues of elms, limes and horse chestnuts, cedar trees, an elliptical bowling green and the Great Hedge. This yew hedge was over 600 metres long, 3 metres thick and 2-8 metres high.